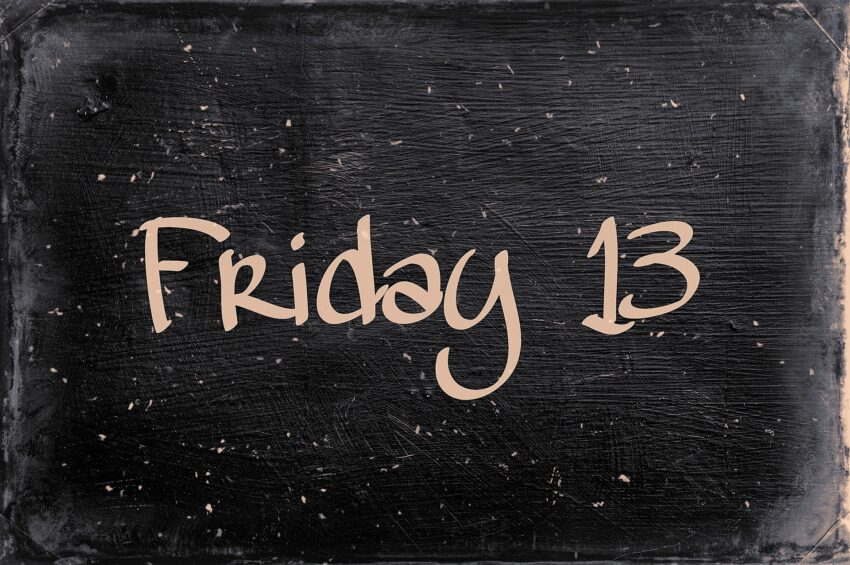 Is it unlucky to celebrate Friday the 13th? I’m not especially superstitious, but certain things make me pause. I’ll pet a black cat, but I won’t walk under a ladder (this seems prudent, in my opinion). I also don’t think I’ll get seven years of bad luck from breaking a mirror, but opening an umbrella indoors seems like nothing but trouble.

I’ve always been curious as to why Friday the 13th is bad, so I did some research to dig deeper into this superstition.

Norse mythology has its own reason for the number 13 being bad. According to that legend, Loki (the god of mischief) was a party crashed a gathering in Valhalla, making the number of guests 13. According to CNN, “Deceived by Loki, the blind god Hodr was tricked into shooting his brother Balder, the god of light, joy and goodness, with a mistletoe-tipped arrow, killing him instantly.” Bad news for the gods of Valhalla!

The last source I checked mentioned that there is no 13th rule in the famous Code of Hammurabi (one of the earliest books written). That, apparently, makes the number very unlucky.

That leaves the issue of Friday. What makes this day of the week so terrible? If you’re familiar with Holy Week, you’ll know that Good Friday actually marks the day of Jesus’ crucifixion. It’s also believed that Eve handed Adam the infamous cursed apple on a Friday. And that Cain killed his brother Abel on a Friday as well. Therefore, if you combine 13 with Friday, you get a very unlucky day.

Friday has been historically considered unlucky. It’s even mentioned in Geoffrey Chaucer’s Canterbury Tales. He wrote, “and on a Friday fell all this mischance.” According to the BBC, Friday was also known in Britain as ‘hangman’s day’ since that’s when public hangings took place.

And then there’s the Friday the 13th movies…

Which brings me back to my original question—is it unlucky to celebrate Friday the 13th? I guess I’ll find out!

2 thoughts on “The Origins of Friday the 13th”