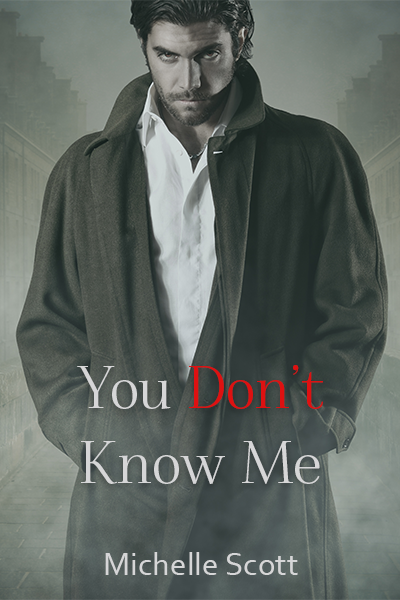 Dominick Pastor is the quintessential unknowable character. The first time I ‘saw’ the main character of my serial novel You Don’t Know Me, he was standing on a bridge, ready to throw himself into the churning river below.

Questions raced through my mind. Who was this guy? What made him want to kill himself? Why was he seeing a woman on the river bank below?

But he wasn’t entirely a mystery. I knew he was young. I also knew that he was on the run, and the woman below had something to do with that. Beyond that, I knew nothing.

Which, I soon realized, was exactly the way Dominick wanted it. He was a man of mystery. As a writer, however, I needed to get to know him better or my story wouldn’t happen.

In the past few months, as I’ve spent more time on this story, I’ve gotten to know Dominick better. I don’t trust him—I’ll never trust him—but he does have a certain sense of morality. He left his ex-girlfriend to die in a bathtub full of warm water, which means he’s a cold-hearted bastard. At the same time, the fact that he rescued an old man who fell in the snow marks him as a hero. Dominick is always a mystery. Always a conundrum waiting to be solved.

At times I like him. He is, after all, very charming. At other times I fear him. Mostly, though, I don’t trust him.

I’m constantly trying to catch up with him. As he makes his decisions, I’m always surprised. Yet, there is a consistency to his actions that make him uniquely himself.

For me, writing is putting a character into a certain situation and recording how they act. Dominick surrounds himself with drama which makes him an ideal protagonist. I’m always surprised, and I hope you are as well.

1 thought on “Trying to Know the Unknowable Character”