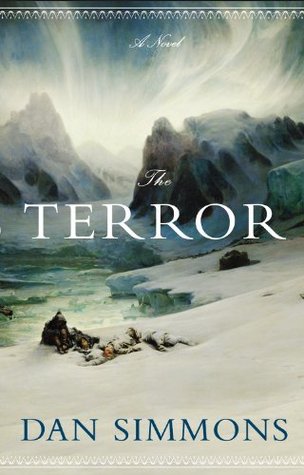 As a horror writer myself, I try to read as much horror as I can. A large part of this is because I simply love the genre (which obviously makes sense!) Another reason I read that genre is that I want to explore different subgenres within the realm of horror. Haunted houses are great, as are vampires and ghosts, but over the past year, I’ve come to enjoy historical horror fiction.

In historical horror fiction, authors reimagine an actual, historical event and add elements of horror. My favorite representation of this genre is Dan Simmons’ The Terror. The Terror tells the story of the ill-fated Franklin Expedition, which was looking for the fabled Northwest Passage in 1845. Although there’s a creature lurking among the icebergs, the Arctic itself almost seems like another monster. The conditions are inhospitable, and as the crew faces starvation, scurvy, isolation, and fear, the stakes continue to rise.

The Appeal of Historical Horror Fiction

History fascinates me, and a well-researched historical horror novel teaches me so much (all the while allowing me to enjoy the thrills of monsters and ghosts!) I learned a great deal from Simmons’ book, such as the poor condition of the canned goods fed to the sailors, and the generally awful conditions of living on an ice-bound ship during an arctic winter.

Another interesting novel is The Hunger by Alma Katsu. This author offers a supernatural explanation for the real-life horror story of the Donner Party, one of the most infamous wagon trains in American history. This was both a fascinating and traumatic read. The real story is tragic enough without adding a monster, but Katsu’s interpretation makes for an engrossing read. Earlier in the year, I’d read a nonfiction book about the Donners, The Indifferent Stars Above by Daniel James Brown. Katsu’s book remained as true to the real story as it could, but some of the disparity of the real history versus the novel did throw me off. Overall, I preferred The Terror.

If you haven’t tried reading this particular genre, I encourage you to try. Branching out into new genres can be rewarding. You might even become a fan!