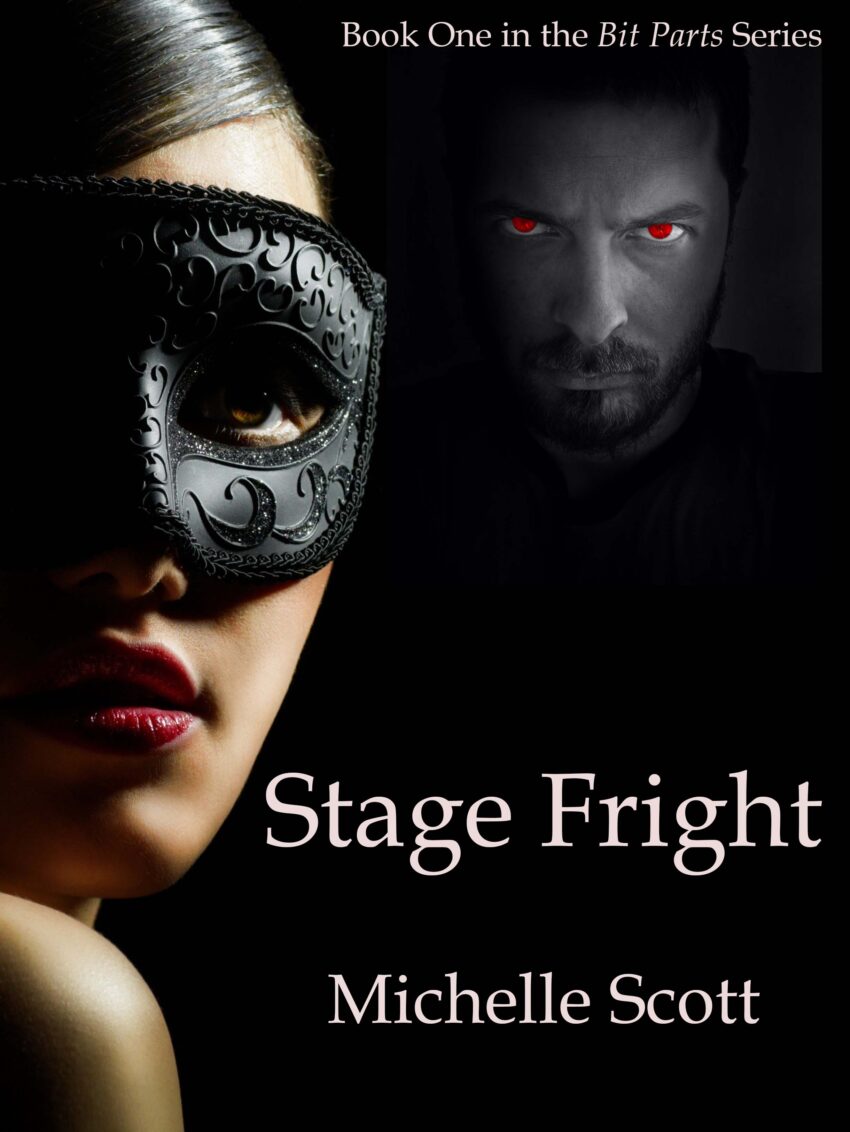 Think back to the early 2000’s. Sookie Stackhouse and Bella Swan were swooning over their vampire boyfriends, and every bookstore you visited contained volumes of vampire romances. As a writer, I couldn’t resist joining in the fun. Hence, I wrote my Bit Parts series featuring Cassie and Isaiah.

Cassie is a wannabe actress who is desperately seeking her first big break. Unfortunately during an audition, she faints on stage and ends up blowing her chance. When she wakes up, she’s a changed woman. Each time she gets on stage, anxiety overwhelms her, forcing her to run away.

Cassie knows that something terrible happened to her while she was passed out, but she has no clue what it was. Every day, anxiety grips her, and she struggles to go through the motions. (Thank goodness, her bff Andrew is so supportive!) Then she meets Isaiah. A heartbroken hero himself, Isaiah opens her eyes to a whole new world, one full of vampires. As Cassie regains her mettle, she also discovers that loving a vampire hunter goes a long way to heal her wounds.

Like many of my novels, Stage Fright is set in Detroit, Michigan. I love my city, and it’s fun to explore it alongside my characters. Stage Fright haunts the theater scene, and much of it takes place in an old, broken-down theater. I modeled it after The Magic Bag in Ferndale, a suburb of Detroit. I never saw a vampire when I went to shows there, but the place has plenty of character.

After taking this Stage Fright deep dive, I hope you’ll enjoy this vampire romance throwback. I’m giving away FREE copies of the book during the month of September. If you subscribe to my e-mails, you will have the chance to get copies of my other books for free as well.